I'm a serious soul. Chit chat drains me. Hot days sour me. Below the tip-of-the-iceberg is where I like to dwell in thought and conversation. I'm drawn to the darker days with a cool breeze because they brighten my mood. The book or movie that turns me into a rain cloud of tears moves me because I feel deeply. (But don't label this English major as a fan of Wuthering Heights. No. Just no.)

Still, I often entertain ideas of being a stand-up comedian. I like a dry joke that brings just a twitch to the corners of my mouth. Those parent tweets of the week? They crack me up. And in my house there's a certain small person who knows how to make me giggle. For whatever reason, however, I'm too often somber and mired in a muddy trench thinking about THE BIG PICTURE. It isn't just age that has brought me here. Five-year-old me thought frequently about the woes of the world. It's just a little much, you know?

Perhaps that's why Geddy, my perceptive son, has made it his mission in life to have Mommy smile and laugh. If he stumbles onto something that gets my eyes twinkling, he knows he's struck gold and he keeps it up. It's a rare treat. Whether it's pulling faces, dancing around the room, or saying hilarious quotes, he'll do what he can to center my smile in the moment.

The latest tactic involves a much more physical participation from me. Geddy calls it "training." We each grab a pillow, he gets the biggest, and face off near our giant bean bag. Then we run at each other. I usually twist to the side and smash him into the bean bag, but he's gotten some new moves where he circles around and sometimes, sometimes he catches me off guard and down I go. Down I go laughing. That's really what it's all about. I know he loves the action, the jumping, the bouncing, but he told me we were in training for the laughter. Mommy laughter.

It's so good for me. For us. This smokey, hazy, dreary, sickly everything surrounding us right now is definitely not bringing me joy. The busy season has begun with school, work, and the ever-present chores, but we'll be taking training breaks around here. And telling jokes. And pulling faces. And remembering that the big picture is made up of all these little colorful pixels of life. 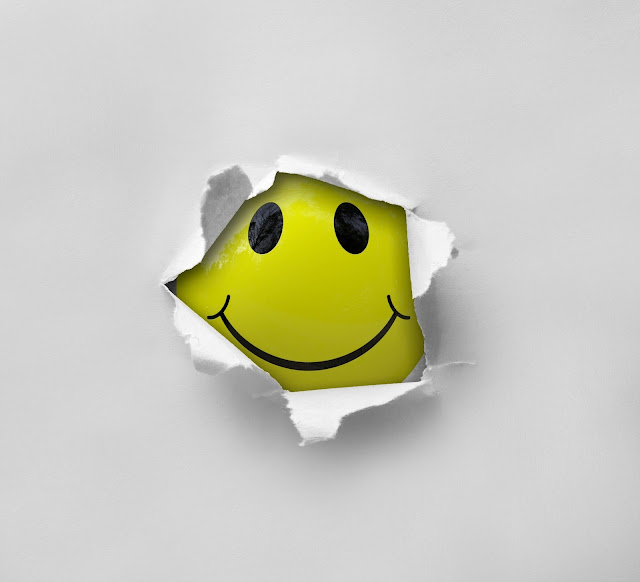 Posted by Words by Annie at 1:49 PM No comments:

First Grade in Our One-Room Schoolhouse

Geddy started first grade today, and it was both strangely familiar to my first day of school in the 80s and wildly different at the same time. Let me elaborate.

When Geddy entered kindergarten, it was a whole new world for all of us. Kindergarten for me had been learning at home from my parents and sister, without a formal curriculum but with lots of books. We had computers, don't think that we didn't, and I remember playing memory games on the Texas Instruments. But I wasn't really "going to school" that year. I spent a lot of time watching old shows on our tiny black and white TV and running errands with my mom. For Luke, he attended a part-time kindergarten taught by his grandmother. There were a few other students included, but even though it was a little more school-like than my experience, it still wasn't formal. Geddy going to kindergarten meant a big public school with a non-relative for a teacher and multiple "specials" classes taught by more adults he'd never met before. It was every day, with bells ringing, lines for entering and leaving the school, and announcements over the intercom. The sort of business I had only witnessed on TV or read about in books when I was a kid.

This year was supposed to be the same, only he would spend all day at school, and even ride the bus once a week! I bought him a lunch box and wondered if he needed a new backpack. I wondered how he would do away from home for so long. I wondered how I would do. I guess I'll keep wondering.

Today, we started school at home, in the basement, in the former guestroom that we converted into a classroom.

In many ways it felt like "playing school" when I was little. We had all his supplies ready, just in case. A notebook, pencils, crayons, glue sticks. We stared at the map of the United States we had tacked to the wall. The globe on the little table sat ready to be spun, though it doesn't light up like mine from my childhood. During the day he read to me and I read to him. We had recess in the backyard, shooting hoops. He even did some learning activities on his computer. Of course we connected to the internet instead of clicking a cartridge into a slot above the keyboard. The only parts missing were watching black and white TV and going to the store.

Oh, but did I mention he and 25 other students signed into their computers to meet their teacher in a virtual environment? No bells, no lines, no cafeteria, no playground hijinks. No need to pack a lunch or a backpack. No fear of heading out the door too late. Instead of putting on shoes he put on a headset. And if any student talked out of turn, all the teacher had to do was press the mute button. Online school is not new, but it is not what we planned.

Though strange, it's kind of cool to look around our little one-room schoolhouse and realize that I get some more time with my son at home. I'm excited, too, that I can be present in his classroom every day (sorry, teacher!) and know what he's being taught. Some might wonder why I don't just homeschool Geddy, but we want to keep him connected to our local district so that he can more easily transition back when it is safe to do so. He's a social guy that needs other kids and grownups to interact with and learn from. For now, school at home is homeschool, just with an extra grownup. The only drawback to this semester is that no matter how much snow we get, there will be no snow day. 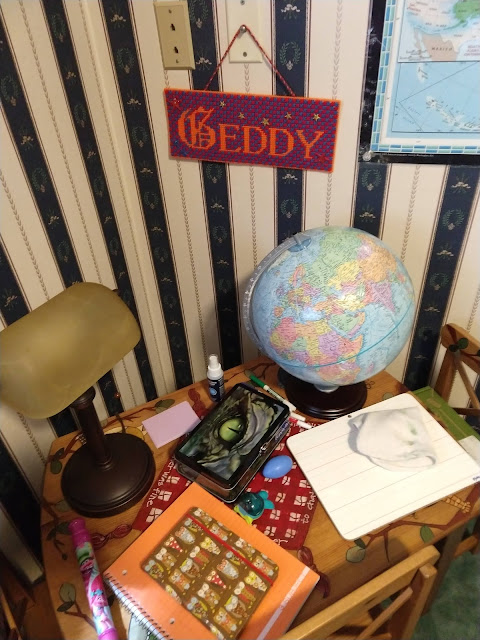 Posted by Words by Annie at 8:56 PM No comments: