A Poem for Luke

Your eyes shine like a joke before the telling,
like polished spoons reflecting mirthful Alice-in-Wonderland distortion,
like memories of pearls forming in their oysters,
like the delight of a child treasure hunter,
like bees bleeding honey,
friendship forging secrets,
dew dotting the hidden garden.
Like specks of pixie dust escaping under the door,
a river under fire in a lightning storm,
a moment before waking.
Like buttered toast under the jam,
like found pennies in a puddle,
like melting chocolate by candlelight,
like forgotten sadness,
proposing in the falling snow,
an icicle hanging from a tree branch,
a hummingbird's wink.
Like sand coating bare feet,
a plucked guitar string quivering
after a song freshly sung,
like an idea taking shape,
like a love-painted sea. 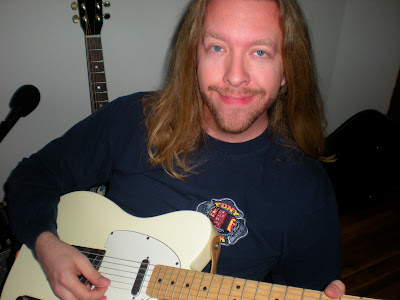 Posted by Words by Annie at 4:58 PM No comments:

Email ThisBlogThis!Share to TwitterShare to FacebookShare to Pinterest
Labels: Love

No need to blush; my post isn't rated R. It's rated C for childbirth.

While you may already connect the name Janet Jackson with naked flesh, this Janet didn't flash my husband and me- or about ten other couples- last weekend. She caused us to laugh, to cringe, and to cry (well maybe that was just the hormones leaking) as she saturated our brains with everything we ever wanted to know about pregnancy, labor, and postpartum life. (Luke says maybe most of it he didn't really want to know.)

In this childbirth class, Bump joined a group of bigger bumps- since most women there are due before I am. We even had some "imitation bumps" when two fathers agreed to wear empathy bellies for several hours- more on that later. A room full of bumps for an all-day session meant many of us needed to find ways to get comfortable. Squishy chairs, pregnancy balls, and our bed pillows from home helped out quite a bit, but the husbands didn't have the same luxuries. Mine got a headache. The one in front of us kept dozing off and leaning on his wife for support. Plus, our fearless leader kept asking the men to move tables and chairs around and to put away equipment for her.

My months of internet trolling meant that I had already read a lot about childbirth and even watched several videos before attending this class, but Luke wasn't as prepared to see and hear some of what he saw and heard. Take, for example, the c-section footage. Yeah, let's just say he didn't watch all of that. And the epidural video? Not for him. I can't say that I enjoyed watching these, but I wasn't surprised by what I saw. Instead, my funny bone was tickled when they told the women to think of our cervixes as blossoming flowers. Hmm. I've watched flowers bloom but I've never heard them yell or curse the bees for pollinating them. Maybe that's just because I don't speak flower.

The most entertaining moment, however, was watching the men get strapped into the fake breasts and bellies. Once they had everything on, Nurse Janet asked them to untie and take off one shoe. She didn't let them sit down in a chair. One guy, rather limber, didn't have much trouble bending over but I think his baby bump squished more than the real ones do, or should. The other guy teetered and tottered about for a while and almost lost his "bladder" a few times. Then they had to walk about the room, and finally they had to get down on the floor and arrange their pillows under and around them. As soon as they got settled on the floor, Janet told them to roll over and rearrange their pillows. Then she had them roll back over, all the while keeping in mind the amount of space they had so they wouldn't knock the imaginary other person out of bed. Yes, this is where my laughter turned to tears.

Just when I thought the pregnant men were the only ones who would have to do any "acting" for the day, we circled up for some good old labor breathing exercises that you always see on tv shows.  I think I spent some time almost hyperventilating. Forcing myself to breathe when I didn't really want to was a little strange. And I swear Luke and I were the only ones "hee hee whooing." Yeah, OK, maybe it felt silly and I got dizzy even though I was on the floor, but at least I'll make the correct noises when Bump comes into the world.

Oh, you're wondering about the exposed breasts? We got to watch several babies- on video- experience nursing for the first time. That was a happy moment. All the agony the women had gone through ended the moment their babies came to the breast. Nurse Janet did well not to end the day showing the c-section. Very family friendly; I'm glad the video editors didn't censor it.

That evening as Luke was in bed cradling his pounding head in his hands, he commented how thankful he was that we went through this class AFTER Bump's conception because if he had seen and heard it all BEFORE, Bump might not be.

Two months and fourteen days until we meet Bump. Unless Bump doesn't know how to use a calendar. Posted by Words by Annie at 6:54 PM No comments: